There are few pleasures in life greater than heading out on the perfect road trip and along with the right car and the right weather one of the most essential things that any good road trip needs is a good soundtrack to go along with it.

Even if you’re not much of a car person, you’ve likely already got a whole host of playlist full of songs for every situation. You’ve got your party playlist, your gym playlist, your stressed-in-work playlist, so how about some suggestions for the best driving playlists?

It may be one of Tom Petty’s cheesiest records, but his first official deep cut after The Heartbreakers is still an absolute hoot, particularly with a couple of good friends in town.

Produced and co-written by Electric Light Orchestra’s Jeff Lynne, ‘Full Moon Fever’ is full of more hooks than a pirate convention, and irresistible belt-it-out-aloud choruses from the likes of Free Fallin’ make this album an essential road trip companion.

Featuring some of Petty’s best-known songs including I Won’t Back Down and Running Down A Dream, it’s an undeniably enjoyable cruising album that’s perfect for when you’re barrelling down long stretches of motorway.

The Band – Music From Big Pink

When you think of the archetypal road trip, the chances are you think something along the lines of the following: empty desert roads, blistering sunshine and a big V8-powered American muscle car.

The road trip has been an essential part of the American identity for generations, so leave it to The Band, with their classic blend of roots-rock Americana to make any road feel just like Route 66.

Although the majority of their members were actually Canadian, the distinctive blend of country, rock, folk and soul on their debut album ‘Music From The Big Pink’, expertly crystallises everything that’s great about the love of the road.

The standout track is, of course, the iconic  The Weight. Richer musically and thematically than most classic rock staples, The Weight also featured on what’s arguably the greatest road trip film of all time, 1969’s Easy Rider.Other albums from other bands on this list might be more musically accomplished or heavier hitting, but the laid-back attitude of ‘Music From Big Pink’ makes it one of the best ways to pass a long, lonely road trip.

Sophisticated and yet provocative; complex and yet frighteningly catchy; noisy but serene, ‘Yankee Foxtrot Hotel’ is an amazing album to listen to through headphones, but even better through your car.

It’s not the most immediately accessible album on this list by far, but with tracks like opener I  Am Trying To Break Your Heart and Ashes of American Flags, it’s a record that’s filled with gripping darkness and intensity that rewards multiple listens.

You’ll have to trust us on this one, but it’s best listened to on a super early-morning stretch or when driving home in the rain. Crank it up and you’ll swear you’re driving right through a movie scene.

If ever there was an album preordained for epic road trip status, it would be this one. Any list of the best driving albums that doesn’t include ‘Born To Run’ just can’t be taken seriously.

The Boss’ classic ode to freeway escapism, from the opening harmonica blasts of Thunder Road to the chrome’n’leather highway anthem of the title track, ‘Born To Run’ is an instant classic with some of modern recorded music’s best moments.

To be fair, most of Springsteen’s catalogue is a great choice for driving (see ‘Nebraska’ or hit machine ‘Born In The USA’), but we reckon that ‘Born To Run’ is still the most epic and still the best.

The second record from proto-punk wizards The Stooges, this is arguably the band’s best and easily one of the greatest driving albums of all time. Like a scene from Mad Max, ‘Fun House’ will instantly transform the most mundane of roads into a vast, wailing canvas of petrol-splattered lust and danger.

With bashing drums, buzz-saw guitars and the inimitable greasy wail of Iggy Pop’s vocals, this is the ultimate album to stoke that inner animal soul we all carry inside us.

Our highlight is opener  Down on the Street. Grubby, snarling and violent, we guarantee this is a track that’ll make even the most mild-mannered of listeners want to don a leather jacket, hit the road and extend a proud middle finger right in the face of the nearest pensioner.

The definitive musical tribute to the motorway, ‘Autobahn’ was the album which finally put Kraftwerk on the map after three previously released albums of purely instrumental, experimental music. Putting their own uniquely German twist on the contagious Yankee pop of The Beach Boys, the album is still as tuneful and just as weird as it was back in the 70s, with its throbbing, blooming slice of retro-futuristic Krautrock.

It’s certainly an album best saved for occasions when the notion takes you, but the original commute-themed record still manages to turn any dreary night-time commute into a synth-washed, neon adventure. Wir fahren, fahren, fahren indeed.

Opener Highway Star is possibly the greatest single summation of everything that was great about Deep Purple, and was even named as the greatest driving song of all time by the Top Gear boys a few years back.

Bach-inspired guitar solos will turn any old jaunt up the M2 into a testosterone-fuelled quest for excitement and adventure. It mightn’t be a record for everyone, but if you’ve got a thirst for thrills and old-school speed metal, this pyrotechnic album will shoot any road trip from 0-60 quicker than you can say “Smoke On The Water”. 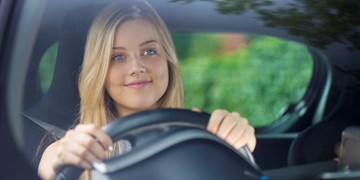 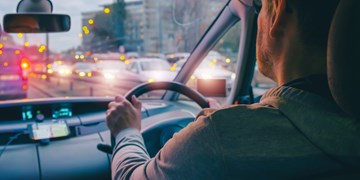 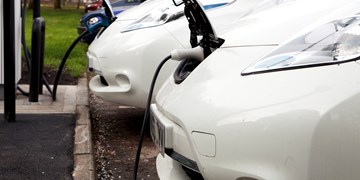 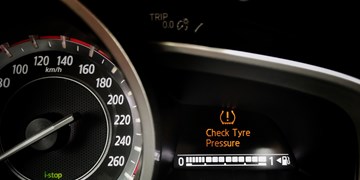 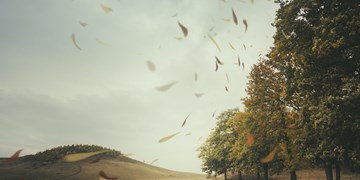 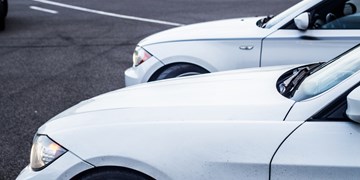 Top 10 most surprisingly cheap and expensive cars to insure